In my last article (Marpa for building parsers - a first look) we had a first look at the Marpa parsing engine. This current article was going to be about building a ini file parser, but trouble along the way has turned it into an article about debugging Marpa parsing problems!

I started implementing a parser for ini files. I wanted to be able to handle double quoted strings containing double quote characters (") using a backslash to quote the imbedded quote character. My test cases failed and even with a lot of fiddling with the grammar I couldn't see why. So it was time to find out something about debugging Marpa.

After some whitling, here is the failing test case focusing just on the problematic part of the grammar that parses strings:

which generates the output:

So, after looking at the code for hours and spending hours reading documentation and chasing my tail, as soon as I started writing this article I saw what the immediate problem was! \" in the double quoted string was not what I thought it was (see the source above - did you spot the problem)! However, lets ignore that break through for the moment and carry on investigating debugging.

At first glance the error message above looks somewhat intimidating. Jeffrey Kegler (author of Marpa) doesn't shield us from a much of the parser jargon, but generally the intent is fairly obvious. Being a bit sloppy for now we can substitute "token" for "lexeme" and interpret the first line of the message as "the parser can't find a token at column 23 of line 1".

The next three lines give the context. First the recent text the parser was happy with, then the character the parser choked on, and finally the unparsed text following the choke point. In this case it is obvious that the \" wasn't handled as expected. In fact neither \ nor " show up anywhere in the error message which should really have caused alarm bells to start ringing.

However, the bells didn't sound, so lets bring in the heavy Marpa debugging guns. So far we've used Marpa in a "do everything at once" kinda mode. To get some debugging going we need to break things up a little. For now the parsing line:

and the output is:

which looks worse than the "out of the box" error report. In the Marpa R2 Progress documentation Jeffrey describes interepreting the debug output in great detail including a lot of what's going on under the hood. Here I'll touch on highlights, as I understand them, that are interesting in understanding the failure.

The first thing to notice is that each line shows a rule with a dot somewhere after the ->. The letter at the start of the line indicates the matching phase for the given rule: 'P' is 'predicted' (the rule to try and match), 'R' is a partially matched rule, and 'F' is a fully matched rule.

Now, looking at the last two lines we can see a failed attempt to match \" and a successful match to a closing quote. By now it should be pretty hard to escape the fact that we need to escape the \ in out test string! If we change the test string to:

in the original test script the script runs to completion with the output:

Yay! Houston, we have lift off! 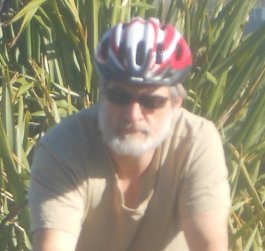 Peter is a software engineer with an electronics background and an interest in astronomy. He is GrandFather on PerlMonks.

He enjoys making tools to make people's life easier and happier. Perl plays a large part in that.