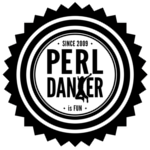 Now that we have the basics, it might be time to connect to a database, add items to it and fetch the items we have added. We are going to use MongoDB as our database. In order to use that you'll need to install the MongoDB driver.

This process will require several steps.

Let's start with a route that accept a string and adds it to the database.

First of all we put the use MongoDB (); statement to the beginning of the file. It will be loaded at compile time anyway. Unless we want to invest in lazy-loading, it is better to put all the use-statements to the top.

We use a POST request here, that's probably better when you try to store data. We are expecting the user to send the data in the 'text' field. The first thing is some minor data sanitization and input checking. Actually these are quite big words for what we actually do here:

We remove any leading and trailing spaces and then check if the resulting string is empty we return a JSON with an error message.

Then we connect to the database server and then to the database called 'd2-ajax', and to a collection called 'items'. We insert the data, and return a json indication success and containing the string we actually added to the database. That is the original string without the leading and trailing spaces.

See the getting started with MongoDB article for a more detailed explanation.

Now that we have the route we should try to test it.

We need to this because now because the resulting has now has two keys and two values and the order in which they will stringified, and so the stringified representation of the result can change between runs. So we had to convert the result to a hash and compare it that way.

We can run the test and it will show that everything is ok.

However, it does not check if the data is really entered the database.

Let's do that manually. We can run the mongo client on the command line and check the content of the 'items' collection of the d2-ajax database:

Of course if we run the test a second time we'll see two entries that only differ in the ObjectId.

We have a few other problems as well.

How will we be able to check automatically if we indeed added the text to the database? How will we avoid getting duplicates if we run the test again? What will happen if we launch the application and try to access it from our Ajax-based web page? Will we see the entries from the tests?

Anyway, let's commit our changes before we tackle these issues.

Use separate database for testing

So we edit config.yml and add the following entry:

We'll be able to access this data using the config->{app}{mongodb} expression.

So we also change the route in the lib/D2/Ajax.pm file to get the name of the database from the configuration file:

The question then how can we override this for the tests. We could add an entry to the environment/test.yml that we have just created, but that would mean if we run the test in parallel (two people on the same machine or even the same person but two separate tests scripts), then they will use the same database. That will lead to very hard to debug conflicts.

Instead of that, we can create a database for each test execution and drop it when the test has finished.

We can add the following code to the subtest where we add items to the database:

If we run the test now, it will print the name of the database which is created from the current process-id and current timestamp and then use that database.

When I ran the tests it showed 'd2-ajax-2217-1432822679' so I could then check manually if the data was inserted as expected. In the end I even called db.dropDatabase() to drop the database.

For this we need to access the database from the test script so we load MongoDB at the beginning of the script and at the end of the subtest we connect to it and drop it:

If we run the tests now they will pass and we won't see any new database in MongoDB. We can even remove that diag call that shows the name of the database.

Check if the insert worked

Now we should create some way to check if the insert worked as expected. We can do it in two major ways.

The so called "white-box approach" would be to have the test script access the database and fetch the data. That would be useful, if we had to locate some bug in the code inserting the data, but at this point I feel it would be a waste of energy.

Instead of that we are going with the so called "black-box approach" when we only test the application using its API. For that, of course, we need to add an API call that allows us to fetch the items.

Fetch all the items

For this to work we need to load a module to handle JSON:

and then we have this code:

The first 3 lines are the same as in the previous route in which we inserted the item into the database. We'll have to factor this out later to avoid this duplication. For now we need it here to get access to the 'items' collection.

$items->findall on it will return an array of all the items. We need to convert this to JSON and send it back, however by default the functions that encode data structures to JSON strings will not handle blessed objects. That's why we had to load a separate module and we have to turn on the convert_blessed attribute.

Now that we have an API call to fetch the list of items we can use that to test if there is exactly one inserted element, and if the 'text' of that element is the same as the string we inserted.

We also had to update the planned number of tests.

We can run the test scripts now and they will report that everything is fine.

With this we have finished the back-end part of adding items and retrieving them, but I think we can add a few more tests.

First we send in empty data in two ways.

Then we check that they had no effect on the content of the database:

Finally we send in another item with some extra spaces on both ends and check if the spaces were removed from the ends (but not from the middle) and that the database now has both items.