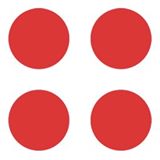 Get CPANstats from MetaCPAN using cron

When we copied the look-and-feel from search.cpan.org, we also copied the stats at the bottom of the page. We already knew back then that we'll have to change this to show up-to-date data. It's time to do that.

The site can then fill the pages with the data from this file.

cron-job to fetch the data via MetaCPAN API

The first step will be to fetch the data from MetaCPAN and store it in a file.

In order to create the script first I looked at API-docs which has moved since then to the repository and created a few requests using curl:

Each one of these returns a JSON response that we can parse. From here I arrived to the conclusion that, the 3 simple requests will return numbers related to the ones we saw on search.cpan.org. They won't be the same, but I am not sure if we can even get the same numbers. Besides, I think it is not critical for the site to show the same exact numbers. So at this point in the development we can rely on the requests we found and the numbers they return. If later, when the more important parts of the project have been implemented, we still have the urge to make these perfect, we can return to the queries and further research them.

So let's write the Perl code that will fetch these requests using LWP::Simple, convert the JSON strings into Perl data structures using the from_json function of the JSON module, and then save the extracted and combined data in a new JSON file called totals.json.

I know, there are faster JSON implementations, but at this point I don't need to worry about that.

We added a script called bin/fetch.pl containing the following code:

and the lib/MetaCPAN/SCO/Fetch.pm module with the following code:

At this point no error handling was added, but surely we'll have to do that too. The path function exported by Path::Tiny, returns an object representing the file and provides a method spew_utf8 to write out the content of any string to that file. Even if that string contains multiple newlines that was created by the to_json function of the JSON module.

We can run the bin/fetch.pl manually to see it creates the totals.json file, and we can look at the content to verify it looks as we expect it, but we need to make sure the file is updated in regular interval. For that we can use cron on Unix/Linux or the Scheduler if we use MS Windows.

We also had to add the new prerequisites to Makefile.PL and updated the .gitignore file to ignore the generated totals.json file.

This lead us to the next commit.